Contact us to request samples!
This calculator will add the recommended waste. if you already know your square footage please remember to add waste.
We recommend adding 10% to your order for installation waste and repairs!

See this flooring in your own room NOW 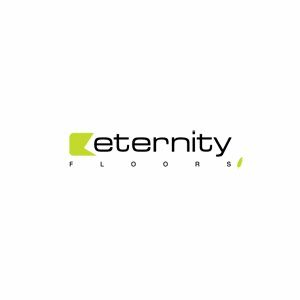 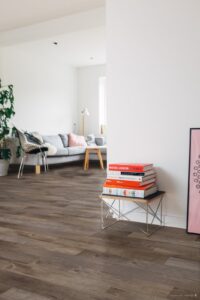 Eternity Laminate Metro was influenced by the contemporary dwellings you find in the heart of a trendy metropolitan area. The Metro Collection is built to last and is easy to maintain. For maximum performance, use VersaPRO Premium Underlayment.
Laminate flooring (also called floating wood tile in the United States) is a multi-layer synthetic flooring product fused together with a lamination process. Laminate flooring simulates wood (or sometimes stone) with a photographic applique layer under a clear protective layer. The inner core layer is usually composed of melamine resin and fiber board materials.
Laminate flooring has grown significantly in popularity, perhaps because it may be easier to install and maintain than more traditional surfaces such as hardwood flooring. It may also have the advantages of costing less and requiring less skill to install than alternative flooring materials. It is reasonably durable, hygienic (several brands contain an antimicrobial resin), and relatively easy to maintain.
It is important to keep laminate clean, as dust, dirt, and sand particles may scratch the surface over time in high-traffic areas. It is also important to keep laminate relatively dry, since sitting water/moisture can cause the planks to swell, warp, etc., though some brands are equipped with water-resistant coatings. Water spills aren’t a problem if they’re wiped up quickly, and not allowed to sit for a prolonged period of time.
Adhesive felt pads are often placed on the feet of furniture on laminate floors to prevent scratching.
Inferior glue less laminate floors may gradually become separated, creating visible gaps between planks. It is important to “tap” the planks back together using the appropriate tool as gaps are noticed in order to prevent dirt filling the gaps, thus making it more difficult to put into place.
Quality glue less laminate floors use joining mechanisms which hold the planks together under constant tension which prevent dirt entering the joints and do not need “tapping” back together periodically. 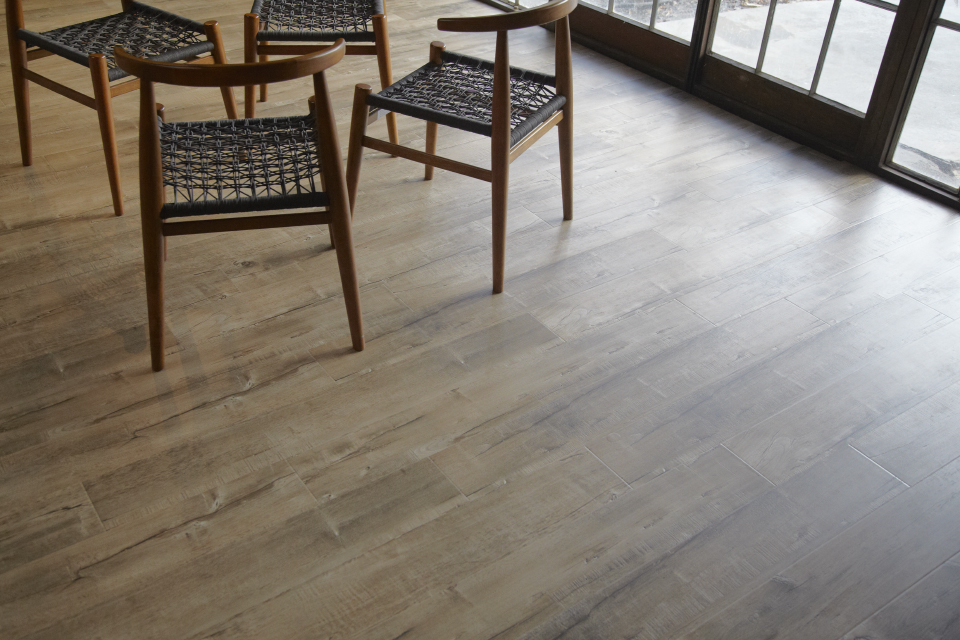 Laminate flooring was invented in 1977 by the Swedish company Perstorp, and sold under the brand name Pergo. They had been making floor surfaces since 1923. The company first marketed its product to Europe in 1984, and later to the United States in 1994. Perstorp spun off its flooring division as the separate company named Pergo, now a subsidiary of Mohawk Industries. Pergo is the most widely known laminate flooring manufacturer, but the trademark PERGO is not synonymous for all laminate floors.
Glue-less laminate flooring was invented in 1996 by the Swedish company Välinge Aluminium (now Välinge Innovation) and sold under the names of Alloc and Fiboloc. However, a system for holding flooring panels together was also developed in parallel by the Belgian company Unilin released in 1997 and sold under the name of Quick-Step flooring .
The two companies have been in a great number of legal conflicts over the years, and today most, if not all glue-less locking flooring is made under license from either Välinge, Unilin, or even a combination of both.

than AC3 by 60%, than AC2 by 120%, and than AC1 by 180%. With higher AC ratings, you will thus benefit from a longer life for your laminate flooring. When shopping around for laminate, it’s essential to balance the durability of a laminate with its price.

A standard for formaldehyde emissions from composite wood products, including hardwood plywood (HWPW), particleboard (PB), and medium density fiberboard (MDF). The intention of CARB2 compliance is to set standards for products that could impact the indoor air health quality of any interior spaces.